In a broad, high valley about 60 miles southeast of Mexico City is a city known by many names over the years: City of Angels, City of Tiles, Heroic City of Zaragoza. Today we know it simply as Puebla.

Established by the Spanish in 1531 on the main route between the port of Veracruz (the most important port in Mexico) and Mexico City, Puebla was the principal city of Colonial Mexico. Puebla's appearance is the most European of all the Colonial cities, because it was planned from the ground up by a Spanish city designer rather than being built within an existing Indian community.

By 1539, Puebla had a university and was on its way to becoming well-known throughout Mexico for milling, textiles, exquisitely decorated pottery and tiles, and for the architectural beauty of its buildings. 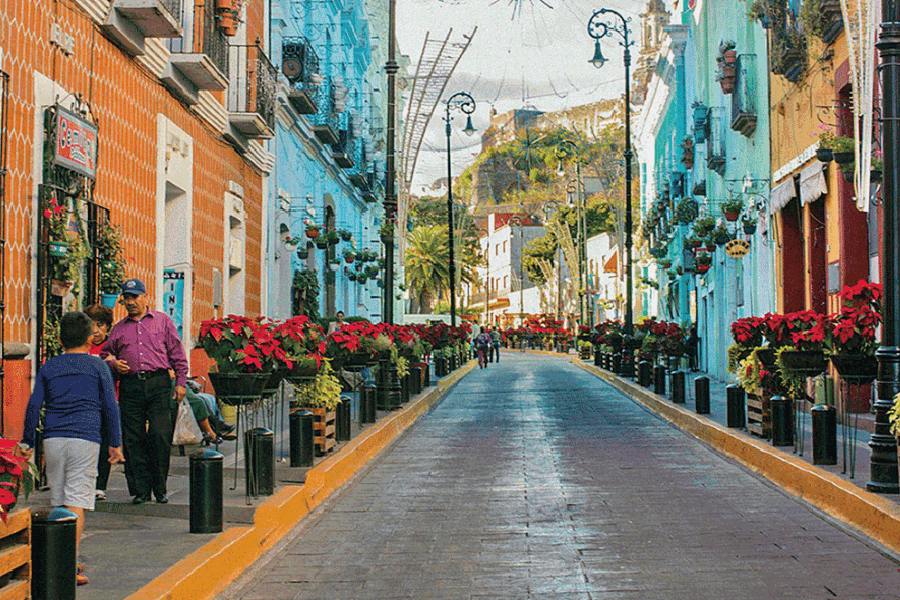 Atlixco is the kind of place you spend a day in. Soak up the beauty of this rustic old community. As you walk down the side streets from the zocalo, take a peek inside the occasional open gate or door. The fronts of many buildings are dull and drab compared to the delights of a courtyard or small shop which hide behind those unprepossessing fronts. 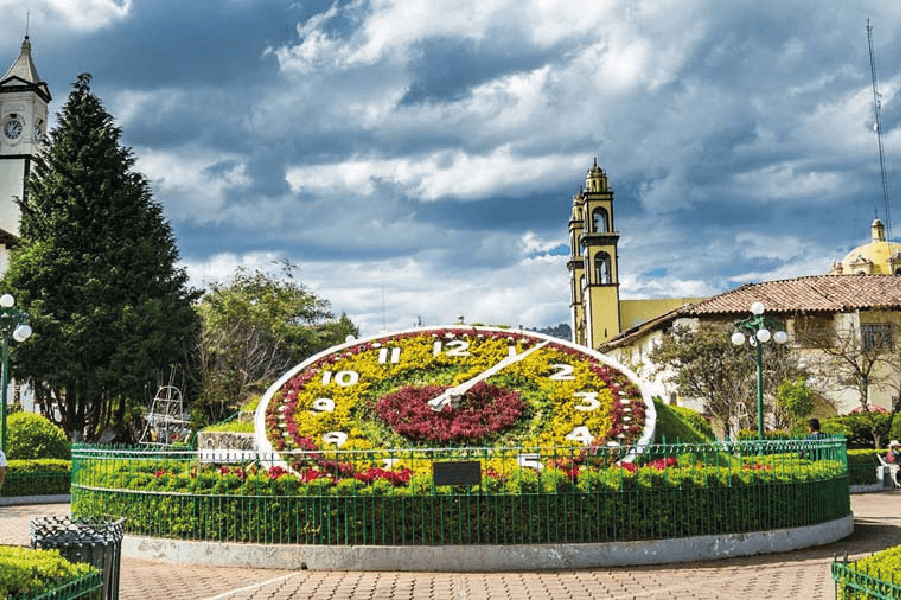 The clock factory and museum of Zacatlan is probably the only place one can truly learn about the bizarre clock that now graces the Plazas de Armas South quarter. Clock-making was a significant industry within the town for over 200 years – now stunningly preserved through segueing galleries of exhibits, stories and narrative to be enjoyed by Zacatlan's visitors. 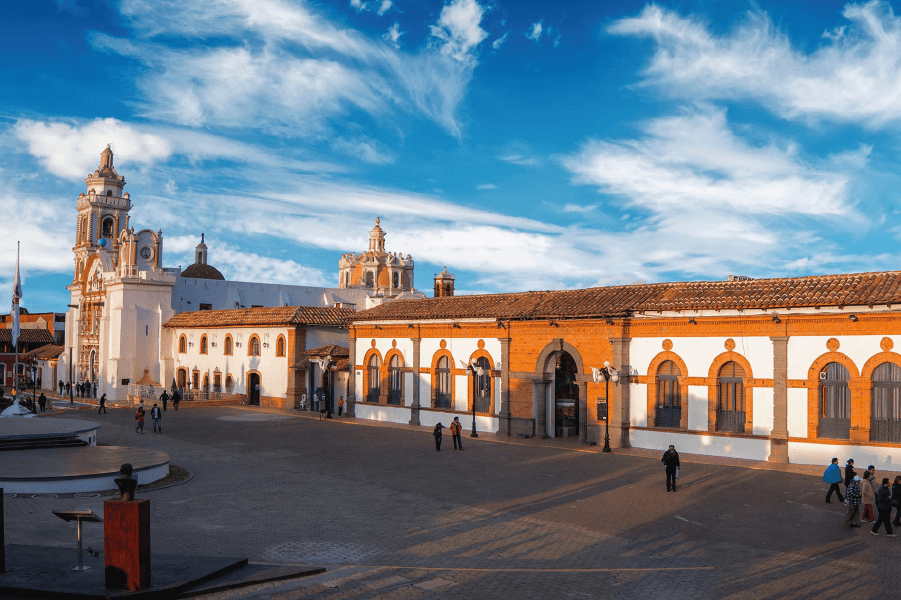 extraordinary waterfall of over 100 m high, forming a hot water sulfur spring with an average temperature around 50 ° C. It is possible to descend to enjoy the lush greenery and waterfall view from below. 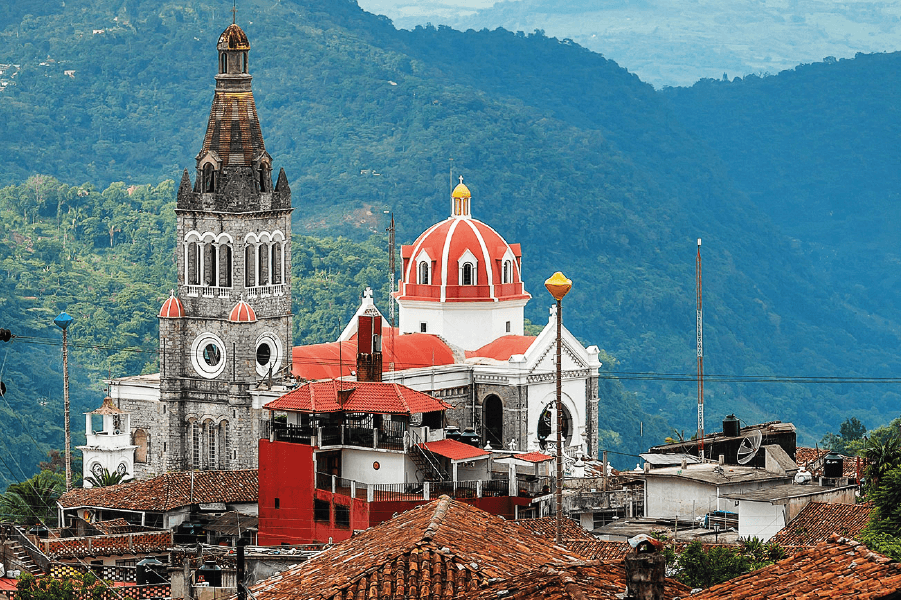 Cuetzalan has a wealth of culture that will take you way back in history, with major archaeological sites, the legacy of the different cultures and civilisations that made their home in this rich, beautiful land in the north-Oriental Sierra of Puebla. 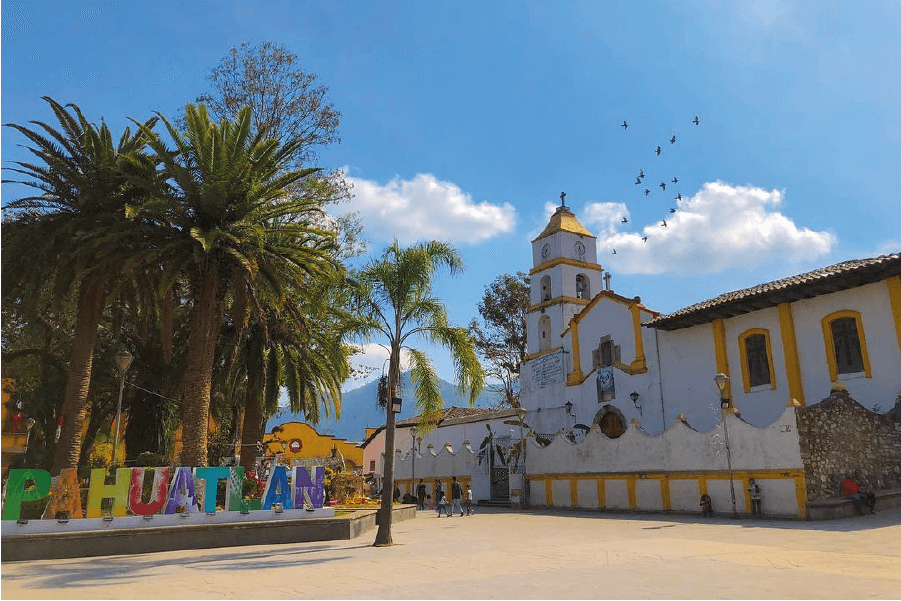 The historic center of the town is its main plaza, which serves as a tianguis market on Sundays, selling handcrafts such as rebozos, other textiles, fresh flowers, ceramics, leather goods and more, mostly from the surrounding rural communities. 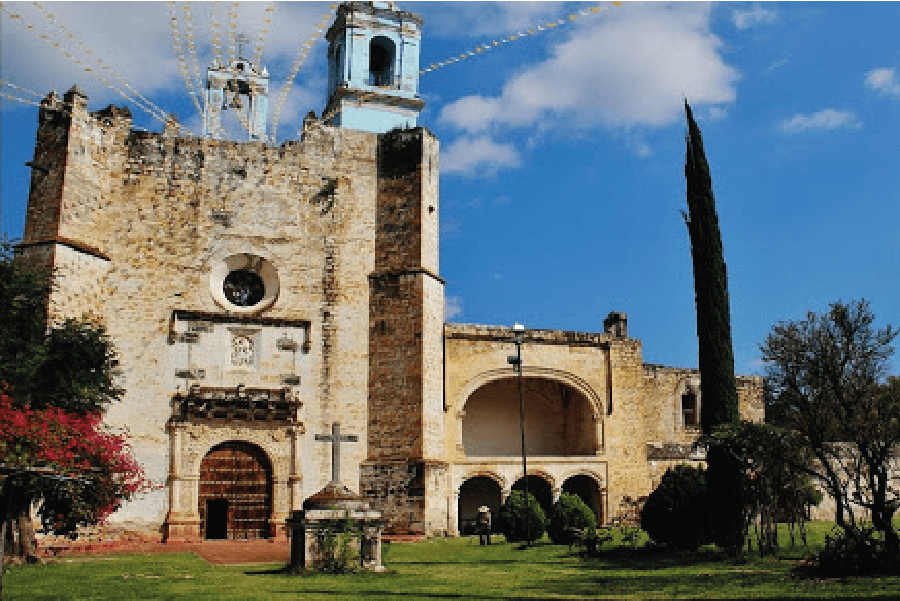 The trek to and around Huaquechula during its Feria de Todos los Santos on Nov. 1 and 2 is well worth it. Its unique altars are often made of cardboard and covered with white or pastel-colored satin, and the shiny fabric gives the multilevel tributes a distinctive look. 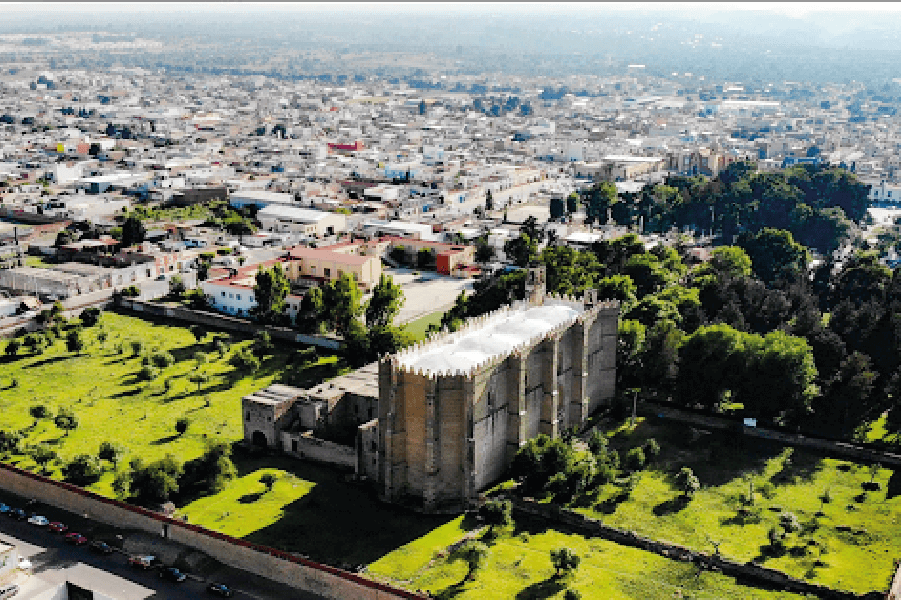 Huejotzingo stretches out below the Iztaccíhuatl volcano and owes its prosperity to its abundant orchards. The main attraction in this village is its monumental convent, but it also holds a festive carnival every year commemorating the victory over the French troops of Napoleon III at Puebla on 5 May 1862. 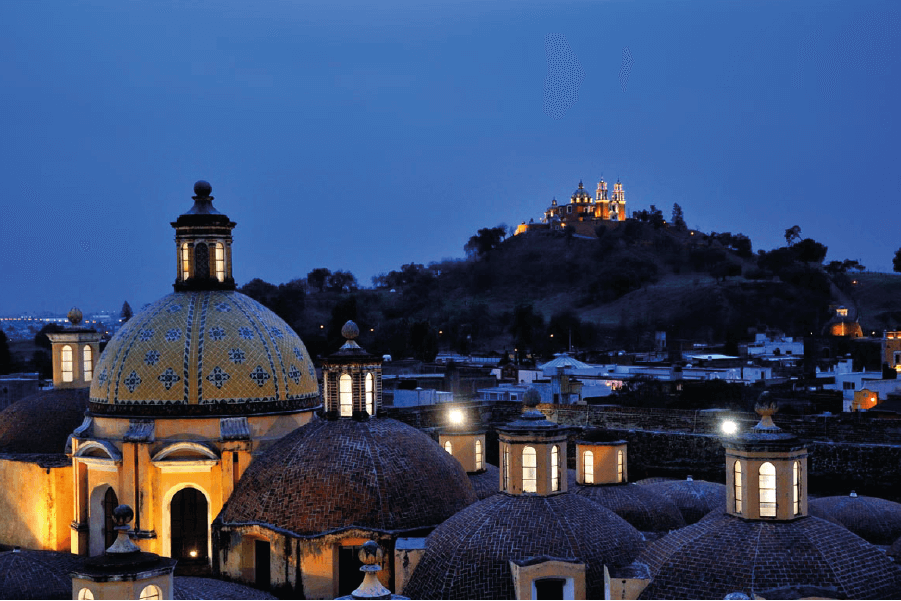 The incredible Pirámide Tepanapa looks more like a hill than a pyramid, but it's still the town's big draw, and, with miles of tunnels veining the inside of the structure, it's no let-down. You enter via the tunnel on the north side, which takes you on a spooky route through the center of the pyramid.

The food, religious ceremonies and more.

Call us or made a reservation!